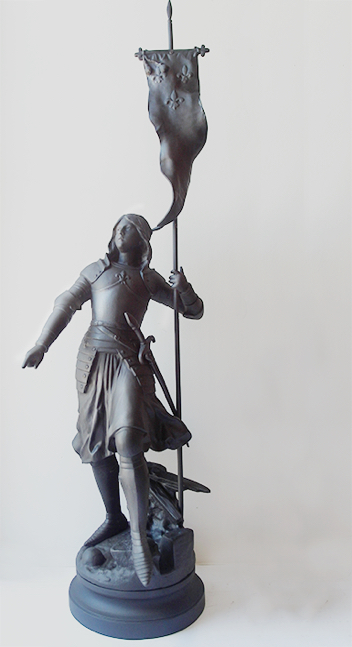 Vadim Y. Orlov collected the works of cast-iron ornamental casting of the Ural plants for more than a quarter of a century. Today the collection has more than 250 items.

This collection includes works cast not earlier than the beginning of the 1880s (according to the earliest dates on castings); however, it allows us to track practically the whole history of the development of the elegant cast iron at the Kasli and Kusinsk factories. In the castings of different years the works created by the Ural mastersare presented. Those works were created according to the samples brought by the manager of the Kasli factory G.F.Zotov from Germany in 1820, the samples of the Prussian Royal Foundry in Berlin in the 1820s - 1840s

No less interesting are products made of cast iron, made according to the French models from bronze of the middle of the 19th century, appeal to European plastic of the 18th century, etc. The use of rare enough for art cast iron as examples of handicrafts made in other materials is of particular interest. This, for example, "Cupid ragged lame" by M.D. Kanaev (casting in 1910), repeating the product of the Meissen porcelain manufactory of the 1750s, castings in cast iron of models by E.A. Janson-Manizer and I.A. Venkova, made for the Leningrad Porcelain Factory.

The most significant section of the collection is made up of the works of Russian sculptors, both made on the models of bronze sculpture, and created especially for casting in cast iron. Here are the works by N.R. and R.R. Bakh, E.A. Lansere, P.K. Klodt, A.A. Solovieva, A.L. Ober and other outstanding Russian masters.

The works by the masters of the Urals occupy a special place in the collectionthat includes such masters as F.O. Vasenin, M.D. Kanaev, V.F. Torokin, and K.D. Tarasov. One of the last acquisitions of the collector was the work by D.I. Shirokov "An old woman with a hamper of mushrooms" (casting in 1910).